“It is truly fascinating how much temperament and emotion this only 20-year-old is able to put into his equally sensitive and impulsive guitar playing,
while with his nimble fingers he lets the notes on the six strings bubble along as refreshingly as the cascades of a refreshing waterfall in the gardens of the Royal Palace of Aranjuez”. 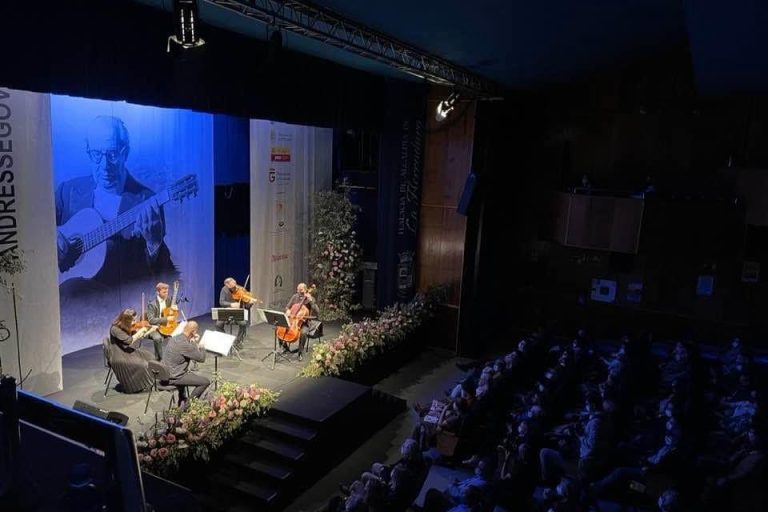 “Acoustically, no wishes are left open in any case. Especially because the guitar is integrated in a balanced way into…

Guitarist Leonard Becker (*1999) was born in Deggendorf. He subsequently started studying in the Young Student Programme at the University for Music and Performing Arts in Munich with Pedro Aguiar in 2015. Since 2017, Leonard has therefore been studying with Prof. Franz Halasz in Munich.

The musician released his debut CD in July 2021 under the Naxos Label, presenting chamber music with guitar by Mario Castelnuovo-Tedesco.
The guitarist Leonard Becker is the second prize winner of the International Hannabach Competition 2020 Augsburg for solo guitar.
Also, at the national youth music competition „Jugend musiziert” in Hamburg in 2015, he won first prize. In 2017, he then received the award for special cultural achievements of his native region.
Leonard has performed with several orchestras. For instance in the summer of 2019, when he performed Joaquin Rodrigo´s “Concierto de Aranjuez” together with the Pilsen Philharmonic Orchestra. Furthermore, he gained artistic experience at masterclasses with Alvaro Pierri, Marco Tamayo, Joaquin Clerch, Virginia Luque, Andrew York, and Ana Vidovic.

The Tedesco-Quintett, comprising a string quartet and guitar, was formed in January 2018.
It is consisting of the musicians Valerie Steenken (Violin), Louis Vandory (Violin), Elisabeth Buchner (Viola), Márton Braun (Cello) and Leonard Becker (guitar).
In 2019 they won the first prize at the International Chamber Music Competition „Gerhard Vogt“ for string quartette and guitar. Since then, the quintet has been invited regularly to perform in mayor venues such as the Konzerthaus Blaibach or at the „Europäischen Wochen“ in Passau.